I have been working on a memorial quilt for the daughter of a Colonel who lost his life while serving in Iraq. 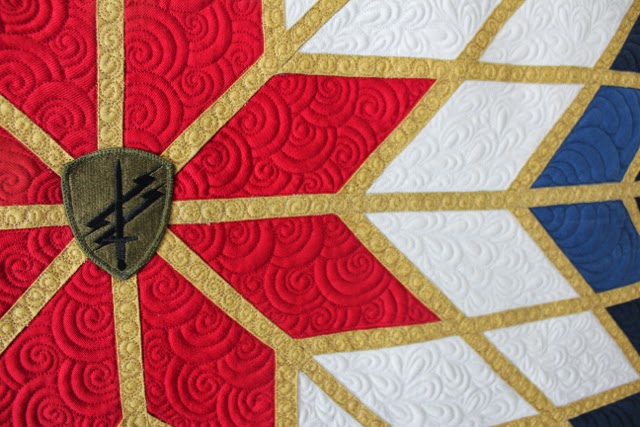 When I received the box of clothes I was more than moved at the items that I had been sent. Included in the box was his favorite shirt (a red, white & blue Ralph Lauren cotton shirt), his camouflage jacket, a blue polo shirt and his dress uniform - in which he walked his daughter down the aisle when he gave her away at her wedding (black dress jacket & blue trousers with gold ribbon stripe.) 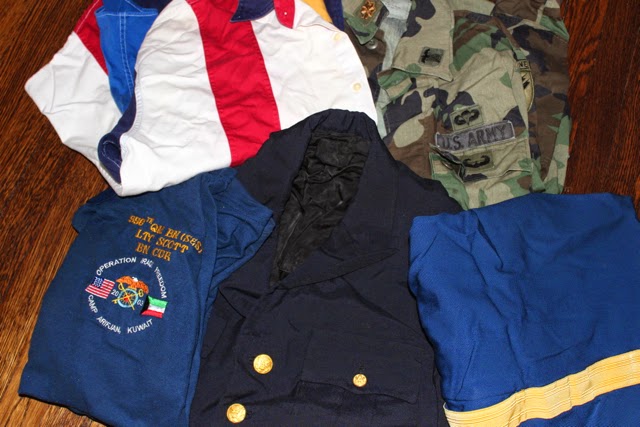 The quilt pattern is a Lone Star - which I think can be a very majestic pattern. 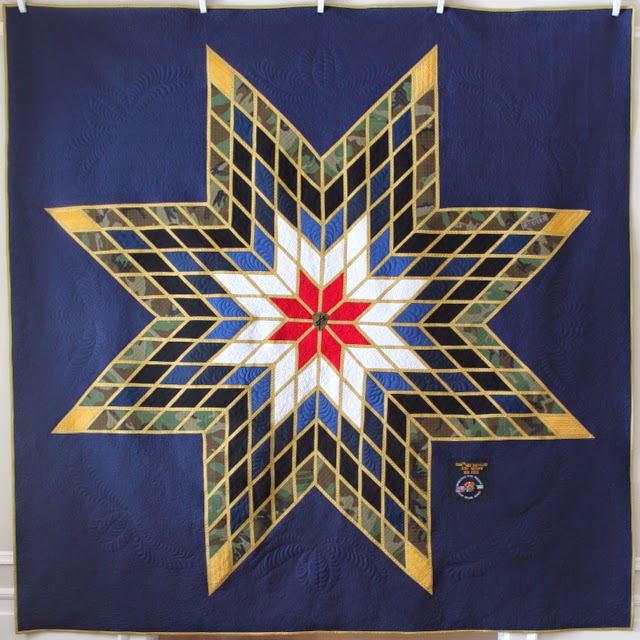 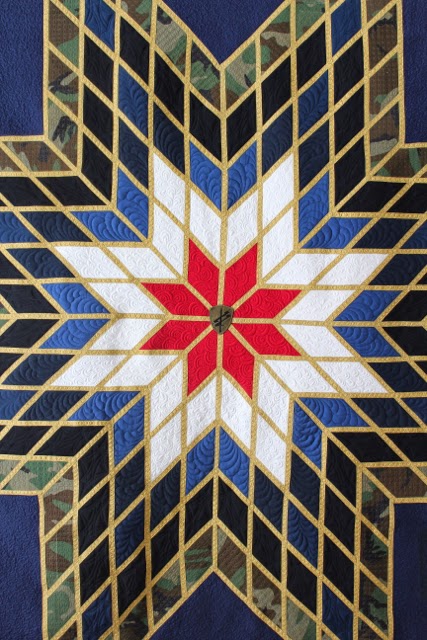 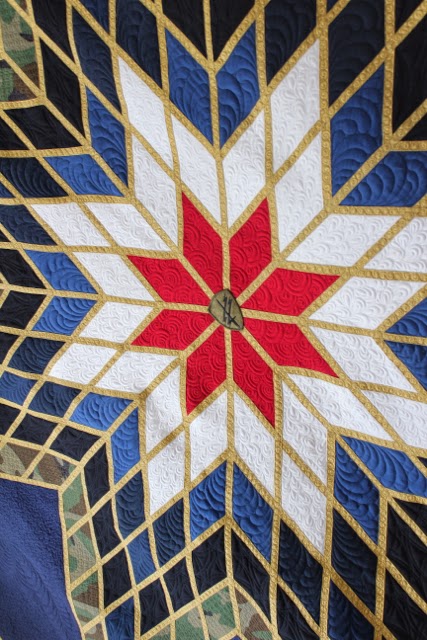 There are feather swags between the points of the stars. 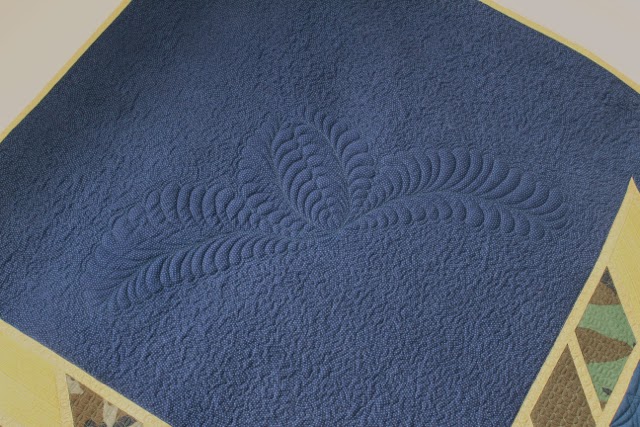 Each star point is made from the gold ribbed ribbon that went down the side of the dress pants. 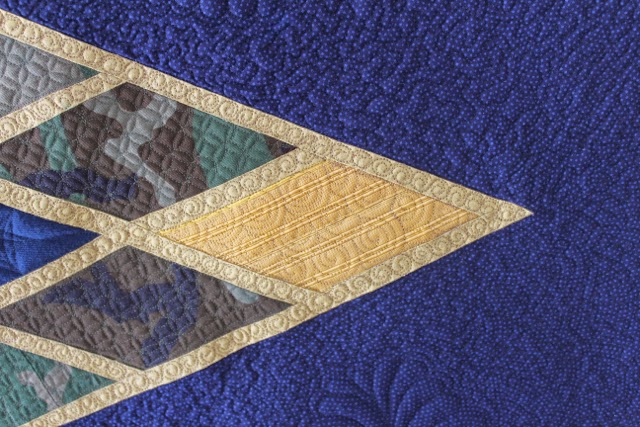 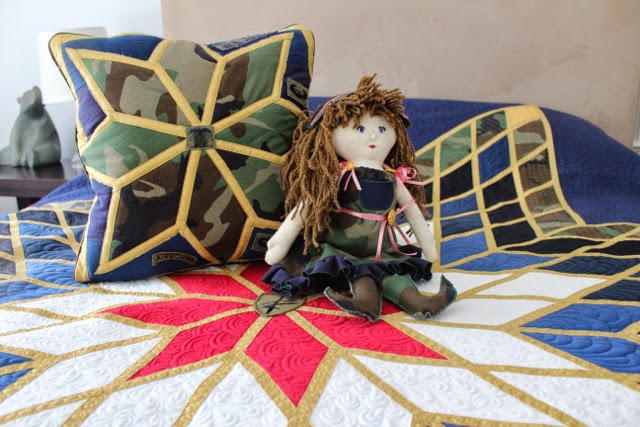 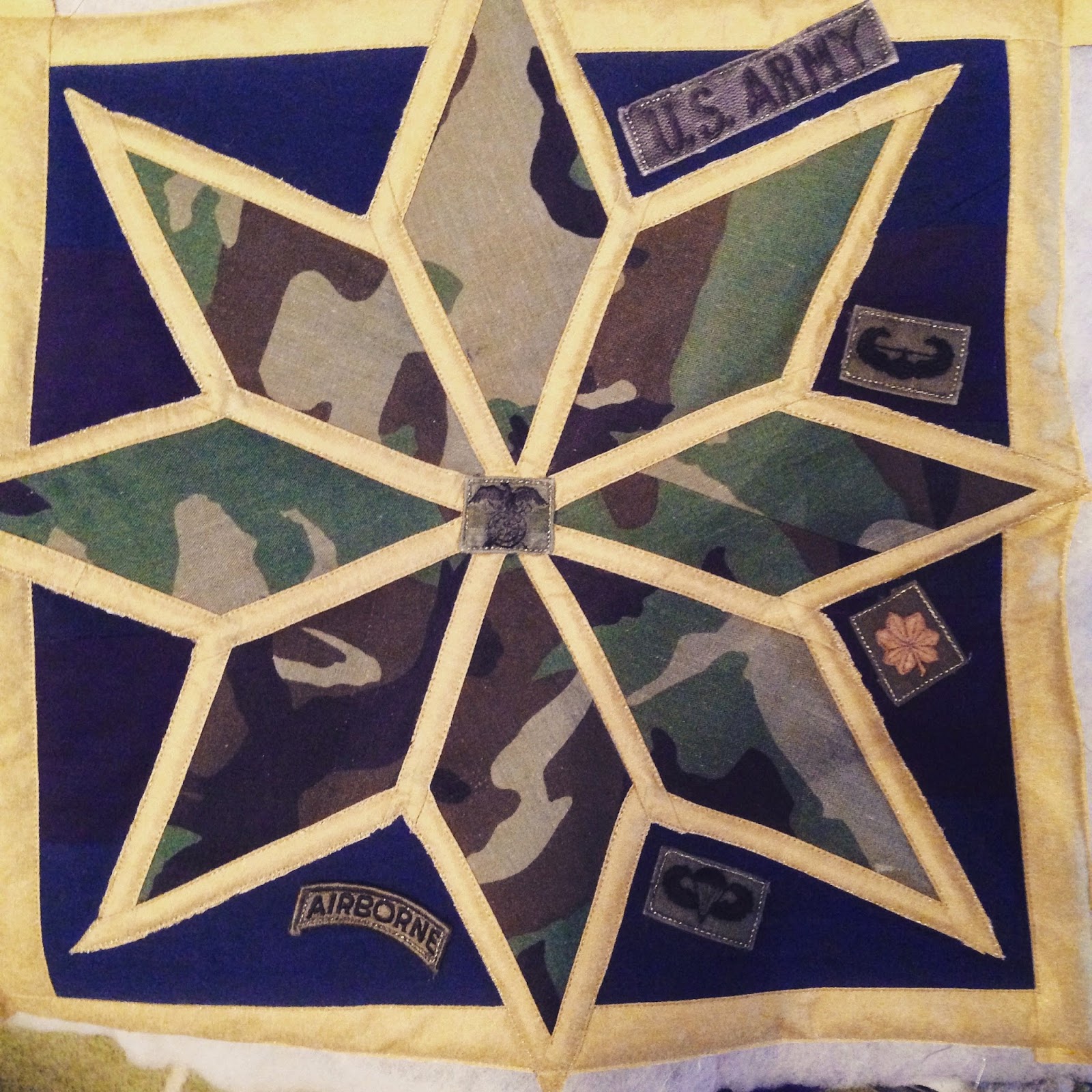 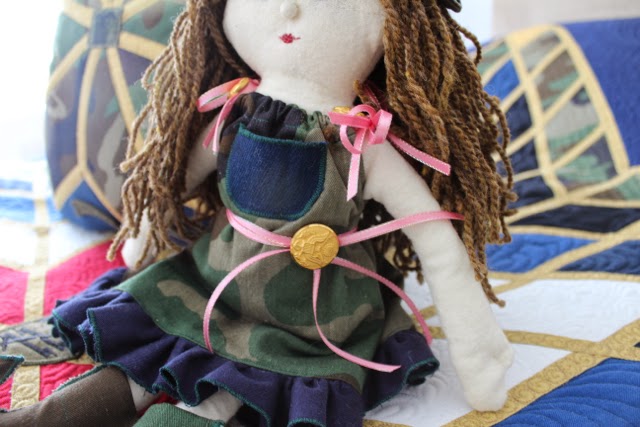 The backing is flannel and the batting is wool. Even with the dense quilting the quilt was not stiff. Here is a shot of the back of the quilt for those of us who are obsessed with seeing the back of a quilt too! 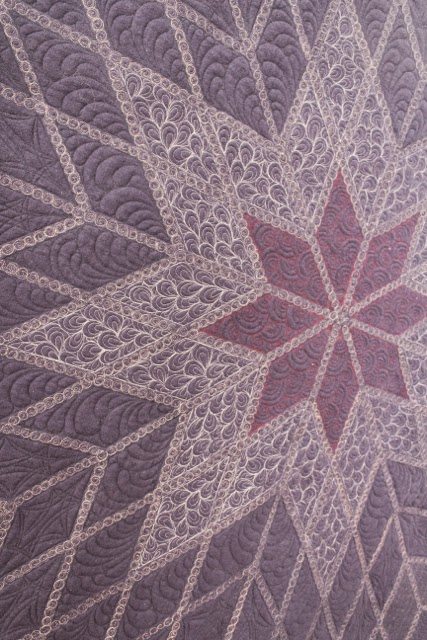 Once the quilt was folded up ready to go home it looked so regal - I felt quite overwhelmed. I do hope that the family love it. 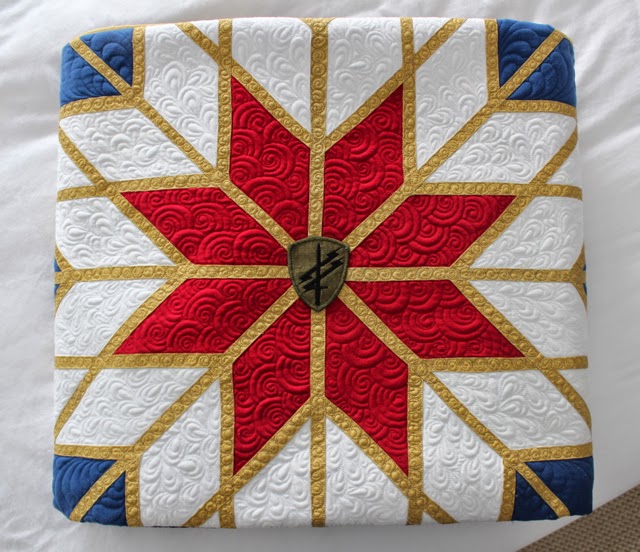 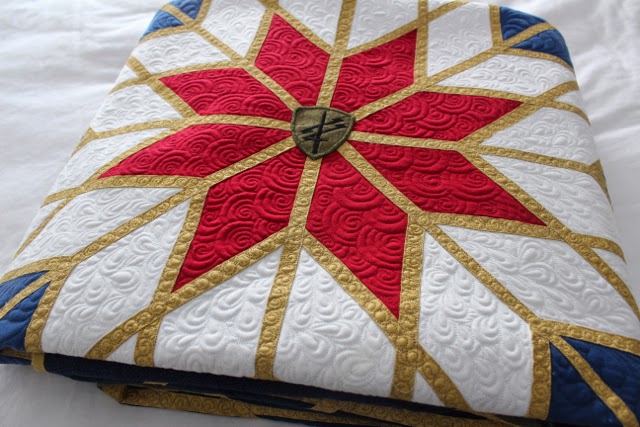 If you buy one thing this year ...

Save your pennies or sell an arm or a leg. This thing is so much fun it should be outlawed!! (And yes this is a non smoker, non drinker, passionate free motion quilter talking - so I have a pretty low base to what 'fun' is!)

I went through my sketch book and tried pattern after pattern. 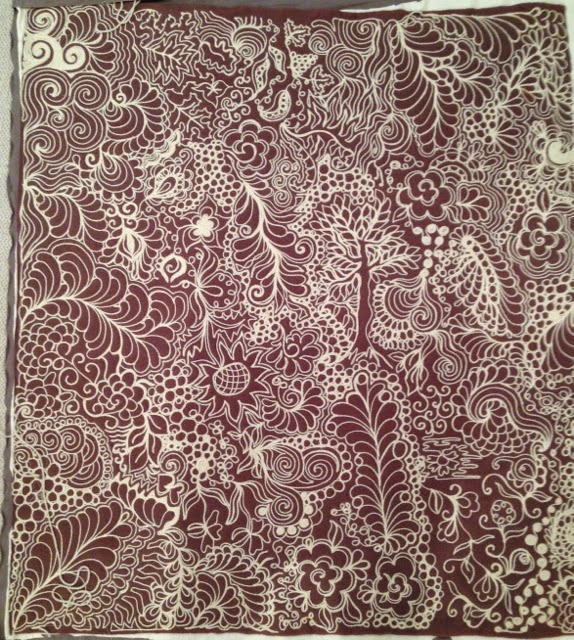 'What not to do' Quilt

Before I start ranting about this quilt I also want to say how much I have learnt from this quilt. Despite really struggling to finish it - but finish I did. I'm still not loving it - but I'm concentrating on the fact that it was a big learning experience for me.

I'll talk a little about thread below - but I also want to state my opinion about making things - it is very important to make something you like in a way that you like to make it. I don't believe that there is a right or wrong way. Personally I feel that it is the enjoyment of creating something that is important. It is important to stay open to learn new things - be open to new ideas too - be open to change the way you do something - be open to allow your way of thinking to change as your creative journey continues.

When you start exploring the world of free motion quilting it is important to use a thread that you AND your machine like. Choose a color that makes you happy and that you think is pretty. I found that when I was starting the bright Coats & Clark multipurpose threads I found at JoAnn's worked really well (I hear a collective gasp of horror!) It really doesn't matter what the thread is - what you are practicing is to relax enough to enjoy the process (this was the hardest thing I found to do) and how to repeat the same movement over and over again - worrying about what sort of thread you are using is pretty low on the spectrum at the beginning of your FMQ journey.