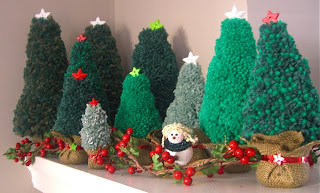 I have very early memories of making pompoms. We would cut out wonky circles of cardboard - make wonky holes in them and then awkwardly ... for what seemed like the longest time ... thread yarn through the hole around the wonky cardboard until we could thread no longer. I had this idea for a Pompom Christmas Tree and I thought that there should be some gadget out there that would make pompoms easier to make. The Clover pompom makers gets good reviews - and I liked them a lot too. 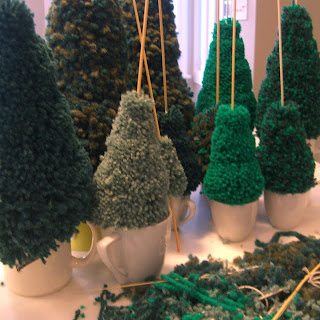 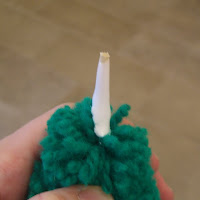 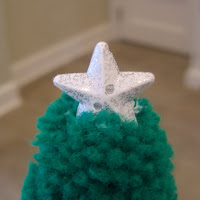 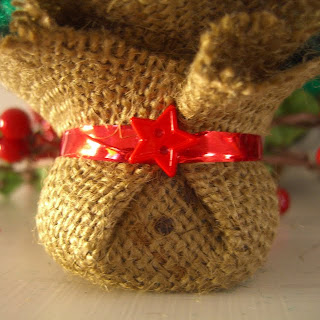 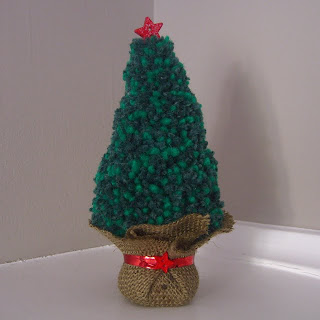 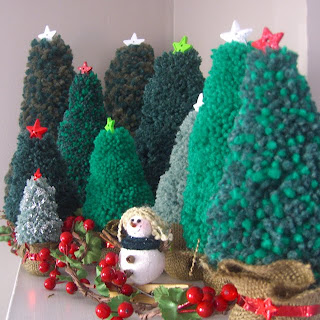 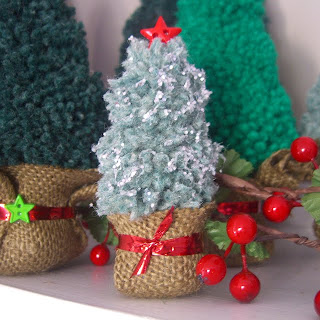 A Spoonful Of Sugar said...

What a cute idea Rachael.

Love your trees, but I hate making pompoms. I've never found a good tool to help and I hate those cardboard circles. I've bought several types of makers and none have really made nice pompoms. Do you really think this one is worth the investment?

These trees are adorable! Thanks for stopping by today and leaving such a nice comment. I think I might try this project with Ava and Bella.

Those trees are gorgeous!!

Thank you so much Ale - I really appreciate you taking the time to comment.