This quilt was a commissioned by someone who had seen my Union Jack Flag quilt. She wanted to give the Scottish flag to her husband for his 44th Birthday. 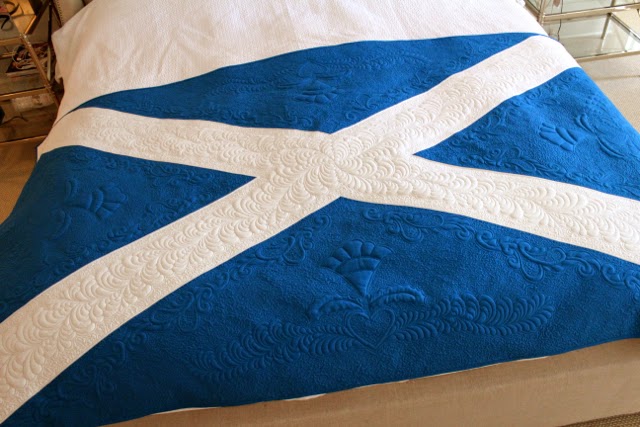 In terms of complexity (and perhaps execution) this is probably some of the best quilting I have done to date. 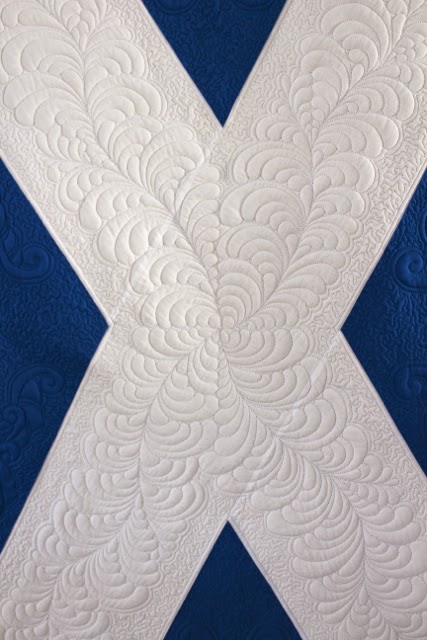 Feathers flow along the white stripes. 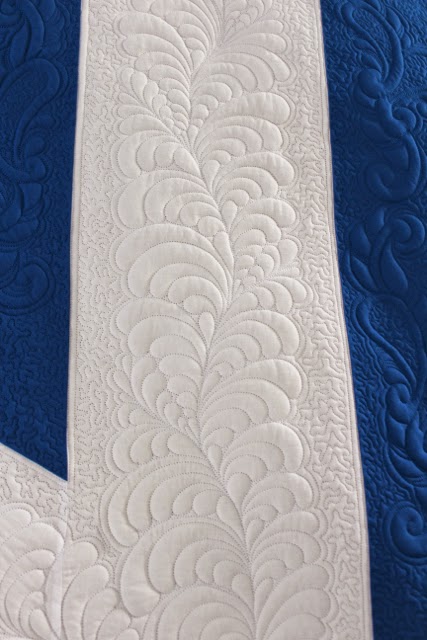 The paisley scroll along the inside edge was much easier to execute than it looks. 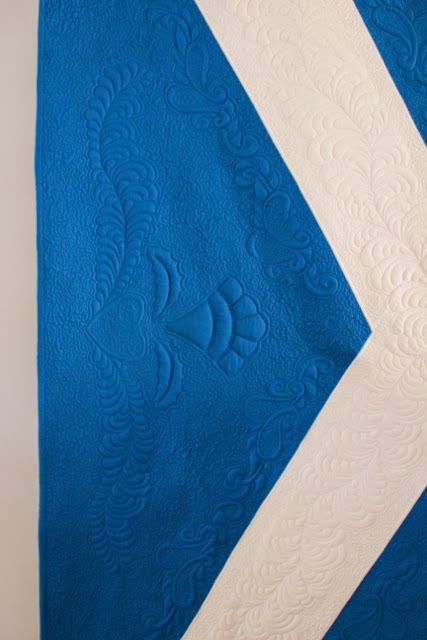 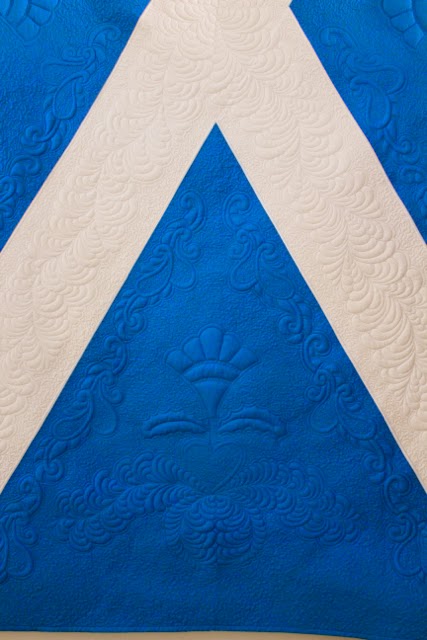 I hope that you see that the design is thistles growing out of hearts. 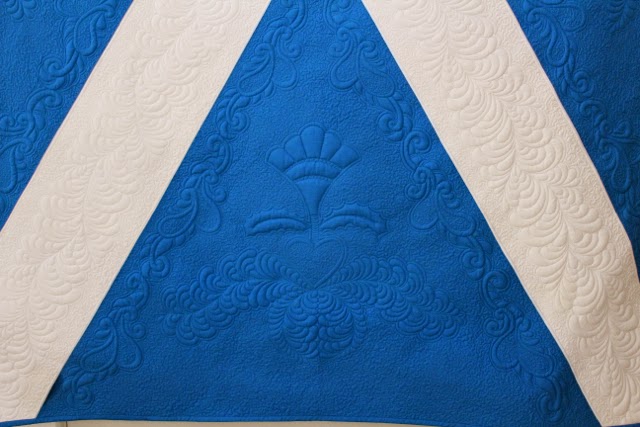 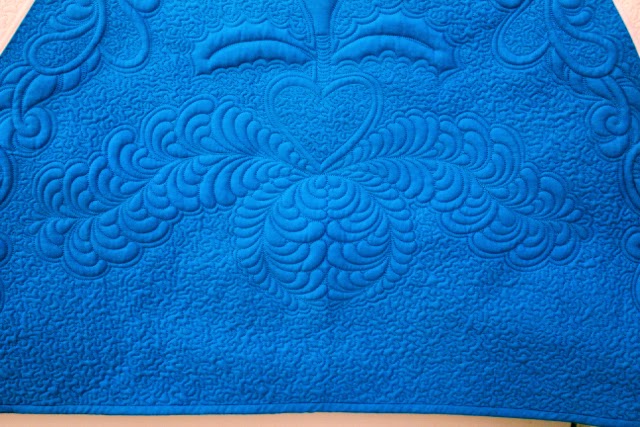 And some tartan for the back? 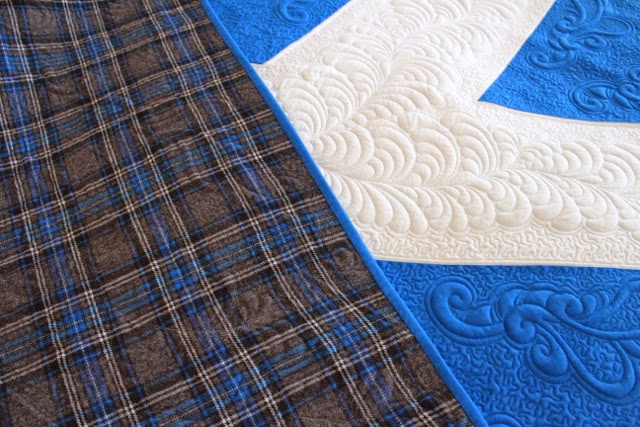 While all my quilting is was done free hand - I should say that I did get some inspiration for this quilt from some pictures I saw on the internet. The thistle idea I saw for sale as a digitized pattern by Linda Steele- mine is not the same but you can see where I got the idea from! And the paisley scroll idea comes from another digitized pattern from EmbroideryOnline. I used my all time favorite combination of Quilters Dream 100% and Hobbs Heirloom 100% Wool batting - the loft of these two together is dreamy. I tried out Glide thread on this project (Super White & Electric) - I have yet to be 100% sold on the thread - but I have nothing bad to say about the thread at all.

I just wish that I had finished and been able to post this quilt during the poll for Scottish independence!
Posted by Unknown at 8:00 AM

WOW! This is completely stunning! It's just gorgeous and an heirloom, museum quality piece in my humble opinion. You've outdone yourself.

Now THIS is the perfect platform for all of your beautiful quilting! Solid fabrics really make it stand out. What an awesome quilt -- I Love It!!!

Gorgeous. I wish I was Scotish, now. Congratulations, Rachael. I hope to see you soon.

Oh my, the quilting on this is stunning!